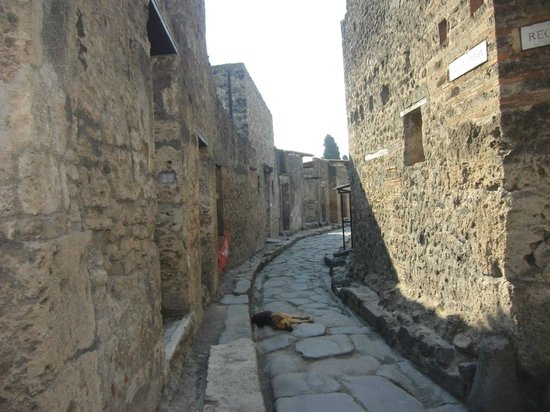 This photo of Ancient Pompeii is courtesy of TripAdvisor

“Your most imposing adversary defines who you will become in this land.” — Scribonius Largus

When we write TLAB we draw from our own experiences or of those we have worked with in our ministry or practice. We originally set out to write a story that reflected our own hurt and healing. We did not intend to become involved in helping others initially; but in both of our lives we have helped so many that have crossed our path. The saying is: “practice what you preach.” Tom had the practice (medical) and Jon preached (in youth ministry). Therefore to “use” our story to help others is something we desire to do.

We are not experts, but we have been through great troubles and have come out the other side. Others have helped us in our personal healing journeys. To share what we have learned from—and with—them is all we can do.

The Bible says in 2 Corinthians 1:4 (NLT) “He comforts us in all our troubles so that we can comfort others. When they are troubled, we will be able to give them the same comfort God has given us.”

Jon worked for 12 years at an adolescent treatment facility. Some of the teens had been raped, abused by family members, or ran away and were subjected to terrible horrors. Whether it was a simple secret, or a terrible trauma, there was always that time when they had to tell someone. How did those they told respond to the disclosure?

Adults may respond with denial, active or passive anger, or sadness. Possible parental responses range from “believing the victim completely to wondering if the abuse really occurred, as well as feeling anger, blame or resentment toward the victim.”

In TLAB, we deal with this theme several times. The first time is found in the very first chapter. In that first scene something not explicitly stated happens to a young man. He is seen trying to get away from someone who has hurt him. When he gains freedom from the attacker, he sits in the filth of a sewer where he has spread the smelly muck on his tunic; much like an abused person spreads his self-deprecating thoughts onto himself. While attempting to cover the memory stench, his family arrives. This is what we wrote for that first description of his family:

“Through the encroaching fog, three bearded men dressed in colorful tunics and skins approached. Their long flaxen hair was tied back. Long swords hung at their sides.

“There you are, boy!” The oldest warrior’s graying beard bobbed as he chuckled and pointed at Caradoc in the sewage. Caradoc noted it.

The younger man, arms crossed, stopped in front of the boy, his booted foot tapping the cobblestones. He watched the road, not Caradoc, and Caradoc noted that as well.

The third and youngest man rested his hand on the sword at his side. “Where have you been, boy?”

“Where were you, Uncle?” He turned to the booted man. “Where were you, Father? Why weren’t you there?” He struggled to rise. “And you, my grandfather? Where were any of you when he violated me?”

The gray-bearded man reached up with both hands and grasped the golden torc around his neck. “Humph. Get up. Let’s be gone.”

“Those animals of the earth held my arms! Tore my tunic!” Caradoc pulled his shirt. His hands flung out and muck flew everywhere. “I cannot say the horrors he did to me!” He rose to stand in front of his family. “Me. A prince of Albion.”

His grandfather shrugged his shoulders. “I do not see this man.”

“Back there. In the alley!” He put a hand on his grandfather’s arm, who swatted the touch aside. “I will show you. You will believe me!” Caradoc roared, pointing behind him.

Grandfather spat. “Whatever it is, boy, you’re to blame.”

Carefully stepping around the filth, his family dragged their feet as they followed him back into the darkness.”

***
The three responses represent three ways families might respond when they find out something traumatic has happened to their child.

They, first of all, might discount the situation and may even laugh it off. They don’t want to deal with it. They simply “chuckle,” and wish to get back to their orchestrated reality. This character disbelieves, denies, and discounts the situation. He even blames the youth.

Another response is similar in that they don’t want to deal with what happened. In their case they ignore it altogether. Their attention is elsewhere. His father looked not at him, but to the Roman fairway from whence they had come.

And thirdly, was a family member who wanted to respond with action. To destroy the attacker was his way of dealing with it. This uncle gave the young man a weapon to overcome his enemy.

Many non-offending adults are angry and want to get back at the person who hurt their child. They may take them to court or even want to physically hurt them. This uncle went further and actually put the sword in the victim’s hands. Of course this youth is not your average teen in how he thinks. He takes the sword and literally kills the one who hurt him.

But, are these good ways of responding? We could look at the first two and definitely say, “no.” To discount, ignore, or even ridicule the victim, is never appropriate.

We would look at the third response and say, “Yes, kill the evil man!” But would giving him his come-uppance really deal with the situation and the after effects on their lives?

At the psychiatric place Jon worked kids drew pictures or hit pillows to deal with their feelings. Sometimes they would scream in a safe room, do timelines and talk to their therapist. Many times they were given meds to mask the pain. Did that help? Yes, sometimes it gave release and relief. Temporarily, it made them feel good. But in many ways it was sidestepping the problem and only dealing with the symptoms. They tried what ever worked to help them. But, did we ever give them a weapon (a sword or even a gun?) to actually kill the person who hurt them? Obviously not.

According to the enigmatic Scibonius Largus in TLAB, it is our enemy that defines us. But not only our enemy, it is our family and friends and their response as well. How does a child respond to abuse? How do they deal with it and eventually overcome the definition given to them by the enemy?

What CAN empower a person to overcome the terrible hurt and horrors in their lives that come from another person? What is the greatest weapon one can use that actually heals the hurt? What are your thoughts?

Your cart is empty

Scroll back to top